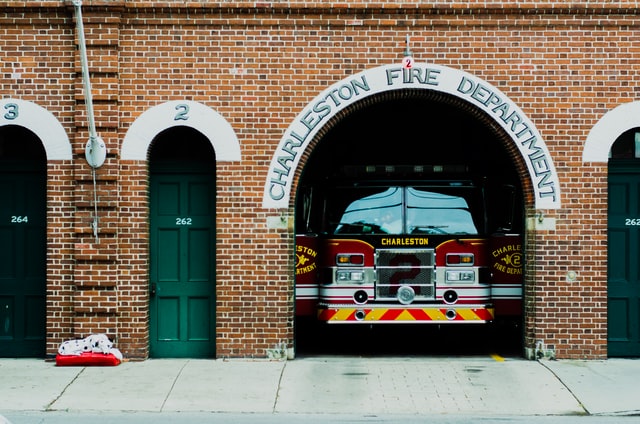 Here are the 15 Top Historical Sites in Charleston, SC to Visit

A tour of the historical sites in Charleston, SC, should be on your perfect vacation itinerary. Whether or not you are a history enthusiast,  the Holy City is one of the historic cities in the United States that no one on a historical trip should skip.

Charleston is known as one of the few areas in the original thirteen colonies to grant religious tolerance to Huguenots and Jews, as seen by the abundance of church steeples dotting the city’s skyline.

People visit Charleston for a variety of reasons, including architecture, gastronomy, beaches, cultural events, and, of course, its fascinating history.

From the Colonial era to the Civil War, this seaside city was an important part of the country’s history and thus has a wide range of historical sites calling on history buffs to explore.

Apart from the city’s vast list of historic attractions, it also boasts top-notch cuisine, luxury hotels, and hospitality services, all of which contribute to a memorable trip. In Charleston, SC, you may enjoy a variety of beaches, bustling nightlife, and a slew of other sorts of entertainment and pleasure.

Here is a complete guide to historical sites in Charleston, SC:

The Powder Magazine is South Carolina’s oldest government facility, having been completed in 1713. From 1713 through 1748, and during the American Revolution, the edifice was utilized as an armory to defend the city. It was retired after 1780, and during the early nineteenth century, it was privately held. The Powder Magazine served as a print shop, livery stable, wine cellar, and carriage house throughout this time.

The building was purchased by The National Society of The Colonial Dames of America in The State of South Carolina in 1902, preventing it from being demolished. It was open to the public within a year. It is now a museum where visitors may learn about colonial military history in the sole remaining fortress of Charleston.

The Charleston Tea Plantation, now known as the Charleston Tea Garden, is barely four minutes away from the Rockville Church, another wonderful historical monument.
Summerville, South Carolina, is known for being the origin of sweet tea, and we’re here to explain why!

Dr. Charles Shepard started the Pinehurst Tea Plantation in Summerville in the late 1800s, where he developed sweet tea.
The first sip was love at first sight. It’s still the drink that the South can’t live without.

The oldest religious group in South Carolina is St. Philip’s Church. Despite the fact that the current majestic and stately edifice on Church Street is not the original one built in 1681, this National Historic Landmark is nonetheless a breathtaking sight with a lot of historical significance. When you take a step back and examine the spire, you’ll discover that it is tilted to one side due to an earthquake in 1886.

At 100 Meeting St., the South Carolina Historical Society Museum is housed in a National Historic Landmark structure. The Fireproof Building, which was recently rebuilt and reused, now contains a new, state-of-the-art museum with interactive displays that highlight South Carolina history, culture, and arts.

Robert Mills designed the structure, which was built between 1822 and 1827. The Fireproof Building is the first of its sort in the United States, according to legend. Visitors can experience fascinating events that formed Charleston, South Carolina, and the country by combining personal manuscripts, maps, and relics with cutting-edge technology.

Magnolia Plantation & Gardens is a historical attraction in Charleston, SC that has the ability to enrich every part of your Charleston experience. As a result, you should stop by before going downtown on your historical tour.

The Drayton family bought the plantation land in 1676, making it America’s oldest public garden! The fact that the home, gardens, and gorgeous environs are still standing after more than 300 years is incredible.

Take the Slavery to Freedom Tour, which includes five historic slave quarters dating back to 1850. Slavery’s physical and emotional effects are tragic, and while many tour guides avoid discussing it, Magnolia Plantation & Gardens respectfully gives credit where credit is due. The Gullah people’s legacy may be found all over downtown Charleston.

The most well-known attraction in Chucktown is Fort Sumter. This fort near the mouth of Charleston’s harbor is an excellent place to visit if you want to learn more about American military history.

It was also here that the Civil War’s first shots were fired. On April 12, 1861, at 4:30 a.m., Confederate forces fired the first shots of the Civil War against Federal troops at Fort Sumter. After 34 hours, Fort Sumter was surrendered. Fort Sumter would play a crucial role throughout the war, with Union forces attempting to retake it for over four years.

It can only be reached by boat tour and offers spectacular views of the port, Sullivan’s Island, and the city.

This state park is situated on a swampy cliff above the Ashley River, where in 1670 a group of English settlers landed and established the Carolina colony’s birthplace. Take a journey to Charles Towne Landing Park as a history buff on a tour of historical sites in Charleston, SC, to see where it all began.

Take a self-guided tour of the history trail to see a variety of animals that lived in South Carolina during the time when it was a newly settled English colony. Visit the Visitor Center for exhibits or the 22-acre natural habitat zoo.

“Rockville” was a burgeoning summer resort in the early 1800s. The Rockville Church was constructed soon after the resort opened in 1850.
It’s a stunning example of Charleston architecture that has withstood the test of time, humidity, salty air, and summer heat included. The church is still up and running today, and it is doing rather well.
After your visit to the church, cool off at the only tea plantation in the United States, Charleston Tea Plantation! After all, a Lowcountry trip and historical tour wouldn’t be complete without some historic sweet tea?

The Charleston Museum was founded on the eve of the American Revolution in 1773 and is known as “America’s First Museum.” itis one of the top historical sites in Charleston, SC to visit.

The museum, which first opened its doors to the public in 1824, has amassed a notable collection. Due to the Civil War, operations were put on hold, but they resumed soon after.

Exhibits focus on Native Americans who originally settled in the Lowcountry and enslaved African Americans who helped the region’s agricultural boom. Look through exhibits on ancient textiles and clothes, Charleston silver, and Charleston’s Civil War participation. The kids’ section and family-friendly activities are available to young visitors.

America’s oldest and most important landscaped gardens can be seen at Middleton Place National Historic Landmark. The historic complex, which was founded in 1741, now spans 110 acres and includes the Gardens, House Museum, Stableyards, and Eliza’s House. They chronicle the tale of everyone who lived, worked, and died in this town.

Built in 1755, the House Museum is the only remaining structure of a three-building house complex that once stood overlooking the Ashley River. Make a point of stopping by Eliza’s House, which was previously home to former Middleton slaves. The mansion features historical displays as well as a list of the 2,800 enslaved persons who labored on the Middletons’ plantations around the Lowcountry.

Throughout the property, the Middleton family’s stories, which include two Founding Fathers and generations of enslaved people, are interlaced.

Visitors can participate in guided and self-guided tours to learn more about the stories.

The Old Slave Mart Museum, located at 6 Chalmers St., tells the narrative of Charleston’s role in the domestic slave trade. Over one million American-born slaves were sold away from plantations in the upper South to work the fast-developing cotton and sugar plantations in the Lower South in the 70 years between the formation of the US Constitution and the Civil War. After the 1808 ban on international slave trading, this museum explores the city’s participation in inter-state slave trafficking. The Old Slave Mart’s slave auctions terminated in November 1863. The property changed hands several times over the years and was used for a variety of purposes. The land was purchased by the City of Charleston in 1988.

The USS Yorktown is a well-known Lowcountry destination that any history fan should visit! Visit this WWII-era aircraft carrier that was built for the US Navy.
The Yorktown, also known as “The Fighting Lady,” participated in WWII, the Vietnam War, and even helped rescue the Apollo 8 space capsule after it returned from its maiden voyage around the moon!
Inside, there’s a museum, and then there’s the deck, where you can see some impressive planes.

A visit to this historic site located in Charleston SC should include taking photos and documenting everything there is to see. The planes are all parked in front of the magnificent Charleston Harbor, which is framed by the Ravenel Bridge.

McLeod Plantation, which was founded in 1851, has seen some of America’s most pivotal moments.

Today, McLeod Plantation Historic Property is one of the most valued historical sites in Charleston, SC. This place is a significant 37-acre Gullah/Geechee heritage site that has been meticulously protected due to its cultural and historical value. A riverside outdoor pavilion, a sweeping oak allée, and the McLeod Oak, which is considered to be over 600 years old, are among the attractions on the grounds.

Boone Hall Plantation is one of the top historical sites in Charleston SC today. They are a row of brick slave cottages that date from 1790 to 1810 and are considered one of Charleston’s most outstanding historical attractions.

The plantation, which employed enslaved labor until the American Civil War, is one of the oldest remaining in existence in the United States. It has been producing agricultural commodities continuously for over 320 years and is open to the public for tours.

This plantation tucked away on Mount Pleasant and near Horlbeck Creek, is one of the historical sites in Charleston SC that combines beauty and history in a magnificent package.

This is a must-see during your stay, from the tall oak trees that line the road to the gorgeous Antebellum home.

The house was built for $80,000 at a time when the average home value was $262. Each cantilevered step supports the one above and below it, making the home’s beautiful, free-flying three-story staircase an architectural marvel.

The ornate interiors, mathematically planned rooms, formal grounds, and collection of 18th-century ornamental and fine art speak to the affluence of Charleston’s aristocracy during the early days of the American Republic.

An important part of the site’s history is the 18 enslaved Africans who lived and worked there. Archeological relics, instructional panels, and ongoing repair of the enslaved quarters are necessary to learn more about the enslaved and communicate their important story, and thus the necessity for restoration.

In this Holy City, almost everything has a story to tell. To visit the historical landmarks in Charleston, SC, you may either hire a tour guide or go on a self-guided tour; either way, there is a plethora of information at every stop to entertain and feed any curious mind.

Nearly every corner in Charleston, SC is adorned with historic churches and vibrant Antebellum residences. The beauty of this place is its resiliency, since numerous of these historically significant buildings have survived hurricanes and civil wars, and are now open to people of all ranks to come and explore.