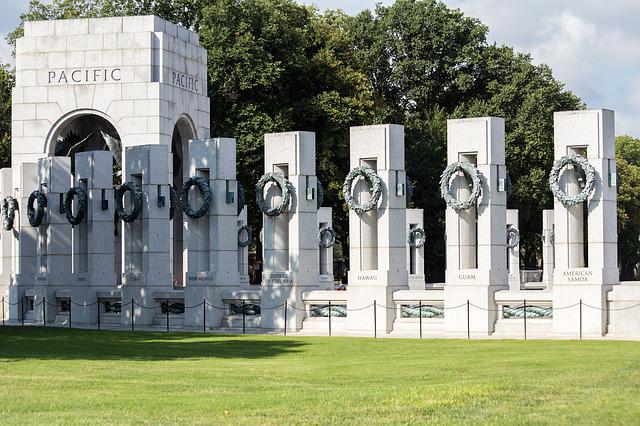 15 Historical Sites in Washington, DC You Should Visit

Some of the most significant historical sites in Washington DC are the Smithsonian Institution, Mount Vernon, and George Washington’s home at Mt. Vernon. The Smithsonian is an internationally renowned museum that contains a vast array of artifacts from all over the world. Mt. Vernon is where George Washington spent his retirement years and it is now open to the public as a memorial park with various exhibitions on display throughout its grounds including American art during the founding period, agriculture in Virginia during colonial times, plantations in Antebellum America, and more recent exhibits on subjects such as Native Americans or African-Americans history in Dixie.

Washington is filled with many historic sites that are sure to fascinate visitors of all ages. From stately homes to battlefields, these destinations offer a snapshot of history that is both fascinating and eye-opening.

In this article, we provide a guide to the top fifteen (15) historic sites in Washington. So whether you’re a history buff or just want to explore some new places, read on!

The Capitol is one of the most strikingly designed and significant structures on the entire globe. It was constructed in 1800 and now sits in the city’s heart, its 288-foot neoclassical dome standing out against the surrounding skyline.

For more than 200 years, the Senate and the House of Representatives have convened here. The Capitol, which was first constructed in 1793 and has since been extended, renovated, burned down, and repaired, now stands as a monument to both its creators and the American people and their government.

The Crypt, Rotunda, and National Statuary Hall are all accessible during a visit to the Capitol. The official Capitol tour does not include access to the House or Senate chambers, which calls for special passes.

The largest library in the world, with more than 500 kilometers of bookcases, is located right adjacent to the Capitol. It contains books, images, maps, and other objects. Despite not owning every book ever written, the Library of Congress possesses the majority of them thanks to its 532 miles of shelves and 115 million objects, with 7,000 new ones being added every working day.

The actual library itself occupies three structures in Washington, DC, and the Packard Campus in Culpeper, Virginia. Its collection totals more than 158 million objects, including 36.8 million books, 69 million manuscripts, and a sizable collection of music, images, and motion pictures.

Visitors are given restricted access to the State Floor, which includes the Red Room, Green Room, and State Dining Room, during tours of this National Historic Landmark. The public is not allowed anywhere near the East or West Wing, which houses the Oval Office.

It is situated in a grove of trees at the southwest corner of the National Academy of Sciences grounds at 2101 Constitution Avenue N.W., in the heart of Washington, D.C., United States, next to the Vietnam Veterans Memorial.

The Georgia Institute of Technology and the Israel Academy of Sciences and Humanities each have two replicas.

National Museum of Women in Arts

Impressive female painters’ works can be found in profusion at the National Museum of Women in the Arts. The gallery was established in 1981 to showcase the global artistic accomplishments of women.

Paintings, sketches, and sculptures are on display. Additionally, there are exhibits showcasing written works and performing arts. You can read more about the ladies who made the artwork in addition to viewing them.

The museum’s collection consists of 4,500 items in total. They range in date from the 1500s to the present. Louise Bourgeois, Frida Kahlo, and Mary Cassatt are a few of the female artists whose works are on display in the museum.

The National Archives is a collection of the original copies of the Declaration of Independence, Constitution, and Bill of Rights are three of the government’s many historical documents, images, audio recordings, and video clips.

The 1297 Magna Carta and the Charters of Freedom are on exhibit in the rotunda of the building known as Archives 1, which has been open since 1935. One of the original copies of the document is kept at the David M. Rubenstein Gallery.

Abraham Lincoln’s telegrams and other items can be found at the Public Vaults permanent exhibit exhibition.

The Glover House, also known as the American Peace Society House, is located in the heart of Washington, D.C., at 734 Jackson Place NW, it is facing Lafayette Square.

It is one of several brick-row houses with sandstone trim. It has a two-bay front facade and three stories. The entrance is located in the right bay, while a two-story polygonal projecting bay is located in the left bay. Segmental arches on the first floor and narrow gables on the upper levels serve as the bracketed hoods that frame the windows. The entry is located beneath a segmented arch opening with brackets and paneled pilasters on either side.

It was constructed in 1878 for banker and philanthropist Charles Carroll Glover, but it is most known for serving as the American Peace Society’s national office from 1911 to 1948. With a history that dates back to 1815, the Peace Society was among the country’s first publicly pacifist groups. In 1974, the home received the designation of National Historic Landmark.

On a 4.5-acre site, private persons with ties to Christ Church founded the Congressional Cemetery in 1807. Later, Christ Church bought the cemetery, and it was renamed Washington Parish Burial Ground.

The Congressional Cemetery, also known as Washington Parish Burial Ground, is a historic and functional cemetery that may be found in Washington, D.C., at 1801 E Street, Southeast, on the west side of the Anacostia River.

It is the only “cemetery of national memory” established in the United States before the Civil War.

At the cemetery, more than 65,000 people are interred or remembered, many of whom were instrumental in shaping the country and the city of Washington in the early 19th century.

The government owns about 806 graves, managed by the Department of Veterans Affairs, which were purchased from the church. The church remains the actual owners of the burial ground.

Since the Civil War, Arlington Cemetery, which covers over 639 acres, has served as the final resting place for combat-dead soldiers.
Rows of identical marble headstones that create a complex geometry are sprouting from the ground. The graves’ patterns serve as a somber reminder of the price of war.

President John F. Kennedy, whose grave is marked by an “everlasting flame,” and the Tomb of the Unknown Soldier are notable burials. For troops who have passed away but whose remains have not yet been located, this is a place of symbolic rest.

This cemetery, which is the most well-known cemetery and one of the national historical sites in Washington, DC, is home to some 400,000 people, including former chief justice William Rehnquist, boxer Joe Louis, and author Dashiell Hammett, and Pierre L’Enfant, who designed Washington.

The Lincoln Memorial is a national monument in the United States dedicated to the memory of Abraham Lincoln, the country’s 16th president. It is in the shape of a neoclassical temple and is located on the western end of the National Mall in Washington, D.C., across from the Washington Monument.

The Memorial has evolved into a focal point for American racial relations. In front of a crowd of more than 250,000 people, Dr. Martin Luther King Jr. delivered his “I Have a Dream” speech in 1963 on the steps of this monument.

Henry Bacon designed the memorial. Abraham Lincoln is the memorial’s enormous central statue, which was designed by Daniel Chester French and sculpted by the Piccirilli brothers. The epitaph above the monument was written by Royal Cortissoz, and the interior paintings were painted by Jules Guerin.

Since the 1930s, the Lincoln Memorial has been a well-liked tourist destination and one of the many historical sites in Washington, DC. It was dedicated in May 1922.

Given that it is home to all of the most beloved national landmarks in the United States, one could argue that The National Mall is the most historically significant location in Washington, DC.

The National Mall receives over 24 million visitors annually and has played host to some of the most important democratic demonstrations in the nation.

A two-mile length of the landscaped park is situated between the Lincoln Memorial and the US Capitol. The nation’s stage, the National Mall, hosts everything from sporting events and classical music concerts to Fourth of July celebrations and presidential inaugurations.

The Jefferson Memorial is arguably the most beautiful of the numerous well-known historical sites in Washington, D.C.

The neoclassical rotunda was influenced by the third American president’s own architectural theories and is located on the Potomac River’s bank amid a forest of Japanese cherry trees (springtime is magnificent).
Visitors will discover a bronze statue of Jefferson inside, along with carved Declaration of Independence passages because he was its primary author.

Larz Anderson, an American ambassador, and his wife Isabel Weld Perkins, a writer and American Red Cross volunteer, had Anderson House constructed between 1902 and 1905 as their vacation home. The house was built in the Beaux-Arts style by Boston, Massachusetts, architects Arthur Little and Herbert W. C. Browne.

The Andersons entertained members of the social and political elite from all over the world and showcased their extensive collection of great art and historical relics that they had gathered over the course of their 40-year marriage.

Larz Anderson had been a dedicated member of the Society of the Cincinnati for more than 40 years when he passed away in 1937. His wife gave the house, along with all of its contents, to the community. They had no children.

In 1939, the group inaugurated Anderson House as a museum. After being added to the National Register of Historic Places in 1971, the house received a second recognition as a National Historic Landmark in 1996 and still functions today as a museum and library open to the general public.

One of Washington, D.C.’s most recognizable historical structures is the Washington Monument, which was finished in 1884. It was constructed in honor of George Washington, the first president of the nation.

This white marble obelisk is the tallest stone structure in the world ever erected; it is over 554 feet high.

Make sure to enjoy the 25-mile-long panorama from the observation deck’s view. You would agree with me that the view is quite breathtaking, for sure. The Memorial reopened to the public in 2019 following years of renovations.

The theater creates plays and musicals that capture the distinctive, variegated nature of American life. Ford’s is the top location in the capital to learn about and honor the life and legacy of Abraham Lincoln thanks to its moving theatrical productions, engaging historical interpretation, and extensive collection of artifacts.

You can visit the museum, theater, Petersen House (Lincoln’s death point), and the Aftermath Exhibits at the Center for Education and Leadership during the day.

Ford’s Theater presents evening and matinée productions of well-known plays, upbeat musicals, and newly commissioned plays from September through May that mesmerize and delight while exploring political and social issues connected to Lincoln’s life and legacy.

A trip to Washington, D.C. is similar to entering an outdoor museum. Historical sites or structures are waiting to welcome you everywhere you look. The historical sites in Washington, DC, the diverse neighborhoods and the almost continual buzz of the government machinery is sure to impress you a whole lot!

14 Most Fascinating Historical Sites in Greece

15 Fun things to Bring on Vacation