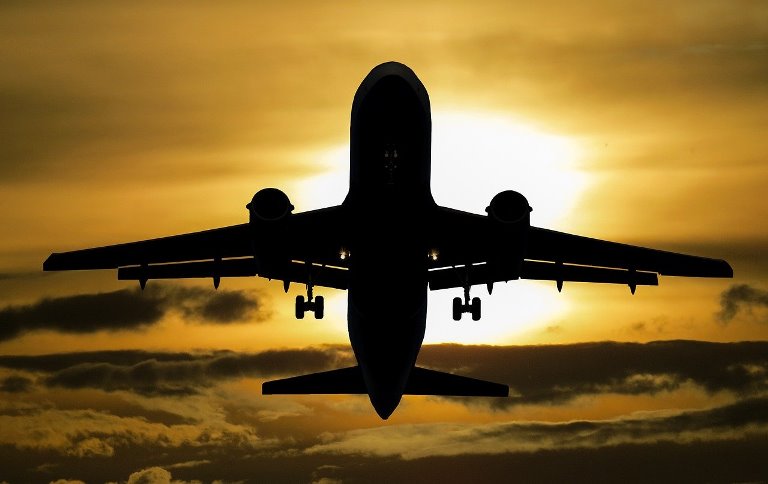 Here is All Cheap Flights to Dakar, Senegal October 2022

Are you looking to fly to Dakar in Senegal? The first thing you must do is to confirm if there are direct flights to Dakar, Senegal from your location.

The Blaise Diagne International Airport in Dakar is the most popular airport for international flights. There are several flights to Dakar, Senegal from various parts of the world.

In this article, we discussed some of the flights that originate from the United Arab Emirates, the United States, and the United Kingdom with destinations in Senegal.

Emirates, one of the oldest and most trusted airlines in the world, is one of the available flights to Dakar, Senegal from Dubai.

Worthy of mention is that the airline only plies the UAE-Senegal four times a week. Two out of that are for the outbound trip and the other two are for the inbound trip.

The lowest price is under the Economy category where you can pay as low as AED 2,110 for the flight. Also, you can choose between the Flex plan that goes for that amount or upgrade to Flex Plus for AED 3,070.

The flight is usually 12 hours and 30 minutes with just one stop.

The Economy Semi-Flex is the cheapest ticket offered by the airline. It goes for AED 1,170. This cost covers the ticket cost and the 2 transfers, the surcharges, and taxes & fees.

The flight usually takes up to 16 hours, including the stops before arriving at Senegal.

The cost of the flight typically starts at $639.60. This covers the taxes & fees, fuel surcharge, and the ticket price for an adult passenger.

Here are important travel tips to help you travel safely and better.

Check out this article: 10 Best African Restaurants in Dubai you Must Visit in 2021

Below is a description of all cheap flights to Senegal from the UK, United Kingdom.

1.    Flight to Senegal from the UK via Turkish Airlines

Turkish Airlines flies from Manchester and other airports in the U.K. to Dakar-Thies (DSS) at the most affordable fares.

Typically, the fares start at $595.09 for one passenger. This also covers the taxes and fees. Looking to add an extra seat? It will only cost you $434.38.

2.    Flight to Senegal from the UK via Brussels Airlines

Brussels Airlines flies from the United Kingdom to Senegal in real-time. The airline typically makes a stop or two to hand over the passengers to a connecting flight to Senegal.

3.    Flight to Senegal from the UK via Air France

Air France is another airline that offers flights to Dakar, Senegal from the U.K. The airline does this by offering up to 6 connecting flights from different parts of the United Kingdom.

Check out this article: Top 10 African Restaurants in the United Kingdom.

Royal Dutch Airlines (KLM) also offers one of the most affordable flight tickets from the United Kingdom to Senegal.

The fares typically start from GBP 528. At the time of checking, the fare is maintained at that rate from Thursday through Saturday.

Sundays to Wednesdays tend to have an upward review of up to 12%.

The Economy Class is the cheapest with different flight packages for the passengers. The Light package is the most affordable, starting at GBP 528. The Standard package goes for GBP 558, while the Flex package starts from GBP 608.

Flights usually last for 12 hours and 30 minutes, with occasional stops.

5.    Flight to Senegal from the UK via Iberia

Iberia is another airline worth considering when looking for cheap flights to Dakar, Senegal from the U.K. The airline’s fares start from £293 for the Economy Class.

In the Economy Class, there are several options to choose from. You may want to go for the most affordable, which is the Basic, starting at £293. You will only be allowed to take one piece of hand baggage.

The Optimal package starts from £342. The package allows you to board the flight with a piece of hand baggage, select your seat and have a piece of baggage on hold.

The third option in the Economy Class is the Comfort package, which starts at £405. This is a definition of “luxury without breaking a bank.” The package includes the selection of an XL seat, up to 2 pieces of baggage in the hold, a piece of hand baggage, early check-in, and up to 80% refund within 15 days from the time of departure.

6.    Flight to Senegal from the UK via Vueling Airlines

You can also book your cheap flights from the UK to Senegal via Vueling Airlines. The airline offers a connecting flight to Barcelona and can take up to 10 hours and 30 minutes to arrive in Dakar.

The flight cost typically starts from 337.48 Euros. This is for the Basic package that allows the passengers to keep a bag under the seat and have a piece of carry-on luggage of up to 10 kg.

The Optima package starts at 408.48 Euros. Included in the package are flight changes, up to 25 kg suitcase, 2 pieces of hand luggage in the cabin, free cancellation of the flight, and free seat selection.

For maximum comfort, consider the TimeFlex that starts at 406.48 Euros. The package includes every other thing in Optima, with the addition of unlimited flight changes, exclusive check-in counters, and priority boarding.

Cheap Flights to Dakar, Senegal from the US, United States.

1.    Fly to Senegal from the UK via Brussels Airlines

Fly via Brussels Airlines to Dakar from Chicago for just $795.20. The Economy Basic Plus ticket is available at that fare.

Included in the fare are a checked bag, 1 carry-on luggage of up to 8 kg, and rebooking without a fee.

2.    Fly to Senegal from the UK via Ethiopian Airlines

Leverage the affordability of tickets from Ethiopian Airlines to fly to Dakar, Senegal from the United States.

The fares start from $700. Included in the fare are web check-ins (if available), unlimited free changes, and a refund fee before departure.

3.    Fly to Senegal from the UK via Air France

Travel to Dakar, Senegal via Air France for as low as $987 on a one-way ticket. The airline is currently looking to have an upward review of the fares to $1,560 from September through November 2021. December 2021 and January 2022 are exceptions, as the fares are still pegged at $987.

You can book your flight on the airline in the last week of September for just $959. This is for the Economy package and it covers 2 pieces of checked baggage, 1 carry-on luggage, and ticket changes.

4.    Fly to Senegal from the UK via United Airlines

United Airlines can also fly you from the U.S. to Senegal for an affordable cost. The fares start from $800 (Economy Class) and include travels operated by Brussels Airlines.

The Economy Class also has a fully refundable option that starts at $950. The fares include a one-way ticket per passenger and covers the taxes & fees for the trip per person.

Senegal is a bit far from some of the Western countries, but this doesn’t stop travellers from moving into and out of the country. There are several direct flights to Dakar, Senegal from various parts of the world.

Whether you’re in Dubai, the United Kingdom or New York, these reviewed flights to Dakar, Senegal in this article will help you make the best decision.

A suitable camera is one of the best ways to keep record of all vacation experiences while on a trip, some of these travel case for camera and the best travel bags when purchased are great aids to your traveling experience.

10 Best Travel Tips During COVID-19 you Must Know