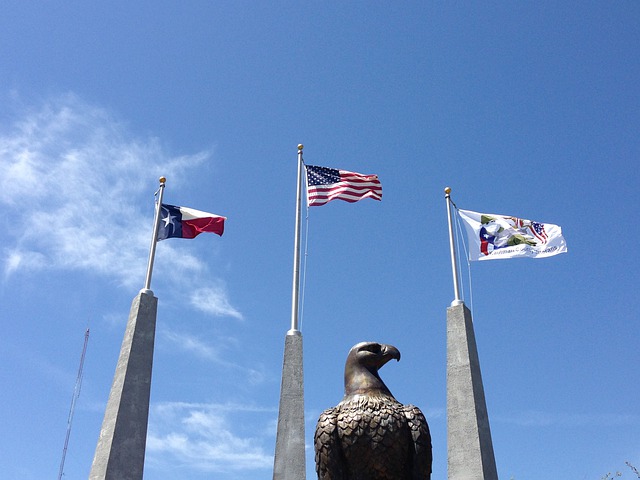 Texas has a lengthy and unique history being one of the few U.S. states that were once its own country. Numerous cultures and governments contributed to the formation of the state’s proud culture and for this reason, there are several ancient landmarks and historical sites in Texas to explore on every visit.

If you’re planning a trip to Texas, it’s important to know about the state’s rich history. From ancient settlements to battlefields and everything in between, there are plenty of historical sites in Texas to visit. In this article, we have made a list of fifteen (15) of the most popular historical sites in Texas. Whether you’re a history buff or just interested in experiencing different parts of the state, these destinations are sure to please you!

Here is a list of the most amazing historical sites in Texas with a rich history of war, politics, science, religion and agriculture to explore:

Thousands of years ago, the ancient Caddo people lived at Weeping Mary, Texas. The site was the great Mound Builder culture’s southwesternmost ceremonial center. Located in East Texas, the Caddo Mounds is one of the most popular historical sites in Texas to visit.

Caddo Mounds was a thriving settlement until the 13th century when it was abandoned.

This archeological site gives light on their traditional rites and governmental structures, as well as their relationships with other native cultures from as far afield as Illinois and Florida who resided in similar towns.

Many items have been discovered at the Caddo Mounds Historical Sites by archeologists.

Three clay mounds still rise from the lush Pineywoods landscape today, where visitors can learn about this ancient civilization’s daily life and history.

However, on Caddo Culture Day in 2019, a tornado slammed the site, causing extensive damage to the park’s visitor center and the destruction of a reproduction of a typical grass house. The mounds themselves were not harmed, but the museum is in the process of being rebuilt.

Elissa is on the National Register of Historic Places and is now a floating museum and one of just three ships of her type still in service. It is a popular historical site in Texas with many attractions to see.

You can embark and set sail on a ship that has been sailing for nearly 100 years in the Gulf Coast seas of Galveston.

The Elissa, which was built in 1877 and is now part of the Galveston Historic Seaport, relates the narrative of this historic tall ship from its construction in Scotland through her voyages to Scandinavia and Greece before being purchased and restored by the Galveston Historical Foundation.

Sabine Pass Battleground is the site of an important Civil War battle that chronicles the most narrative of Confederate Lt. Richard “Dick” Dowling and his 46 men who prevented a Union assault on Sabine Pass, a vital Texas port for Confederate supply shipments.

Dowling and his men destroyed two gunboats in less than an hour, resulting in substantial casualties and the seizure of approximately 350 prisoners. Area ports escaped control as a result of their efforts, and Union soldiers never penetrated Texas’ interior during the Civil War.This historical site, Texas has many ancient war history to look at. If you’re someone fascinated by war events of the past, the Sabine Pass Battleground in Texas is one of the historical sites you do not want to miss.

The Starr Family Home, located in the heart of Marshall’s museums and cultural events, is made up of numerous exquisite structures that depict the Starr family’s 150-year existence in Texas. The buildings’ passage through four generations of the Starr family in Texas history is traced with period furnishings, clothing, and antiquities.

Built in 1870, it has been lovingly restored and preserved as a historic landmark. In 2012, the home was added to the National Register of Historic Places and is now open for public tours. The Starr Family Home contains numerous exhibits that showcase changing agricultural techniques over time.

The San Jacinto Monument and Museum stands on the site where General Sam Houston defeated Mexican General Santa Anna’s forces. The San Jacinto Battleground, where Texas declared independence, is one of the most treasured landmarks in Texas history.

The San Jacinto Monument, a 567-foot-high column dedicated to the Battle of San Jacinto, is located on the Houston Ship Channel in unincorporated Harris County, just outside of Houston.  Although the epic fight of 1836 lasted only 18 minutes, it had a significant impact on Texas history.

The San Jacinto Battleground, where you can visit historic markers laid out by the Daughters of the Republic of Texas, is one of the top attractions at the monument and museum.

A leisure area with excellent landscaping and picnic tables is located on the property. Pack a picnic lunch and take in the scenery while you reflect on how far Texas has progressed.

Visit this historical landmark in Texas and get mesmerized by this monument as you get a taste of Texas history.

During the Civil War, the Port Isabel Lighthouse, one of the historical places in Texas today, was used to guide seafarers along the coast. It was completed in 1852. The masonry lighthouse featured four lamps and was placed on an iron pedestal. Seafarers had an easier time finding their way to land because of its durability and amazing brightness.

Port Isabel is one of Texas’ oldest settlements, and it was a favorite stopover for pirates like Jean Lafitte. It’s the last village you’ll see before crossing the bridge to South Padre Island, and you would be glad you visited this town.

The rates of incoming Ships slowed down in 1905 and because the lights from the Light House were no longer required, they were switched off.
In 1950, Texas designated the lighthouse as a historical property.

Climb the winding staircases of this lovely Light House to get a glimpse of the ocean. The entire Port Isabel, South Padre Island, and the Lower Laguna Madre Bay can also be seen from atop the LightHouse.

To learn more about nautical history, you might wish to continue to other historical sites in Texas nearby, such as the Port Isabel Historical Museum and the Treasures of the Gulf Museum.

Visitors to the Bishop’s Palace today can get a sense of what life was like in Galveston for those with enough money, at the turn of the century back then. 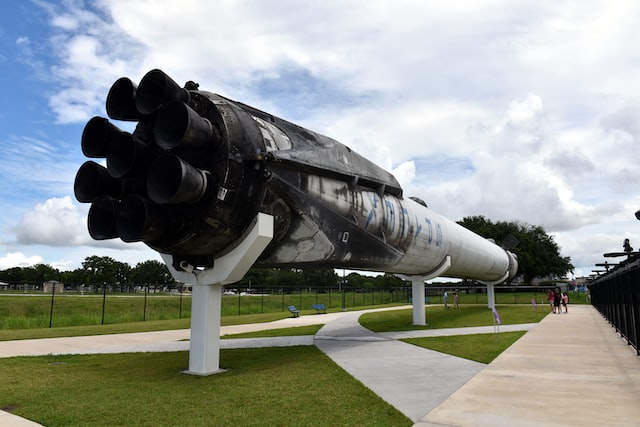 You may learn about NASA’s most recent programs, space exploration, and future missions at the Space Center, Houston.

Space Center Houston is only 30 miles away if you’re visiting Houston.
If you are on a tour of the historical sites in Texas, don’t miss out on the chance to learn more about space. Spend some time investigating each one, then look for a model of a space shuttle on a shuttle transporter.
When you walk inside the shuttle, it’s tough not to be awestruck. You might even be lucky to run into an astronaut at the center!

The Battleship Texas served in both World Wars. Its Home is Houston Ship Channel, presently moored at the San Jacinto Historical Site,  and open to the public for tours. This historical site in Texas has a rich history of wars having played a crucial role in world war I and II. .

The ship was built in 1910, and during its service in both World Wars, crossed the Atlantic and attacked enemy-held beaches in North Africa. It was then moved to the Pacific and served as a support force during the Battles of Iwo Jima and Okinawa. It carried anti-aircraft-guns-launched planes from the water and was the first American battleship to have done this. It is a delightful historical attraction to behold.

Make a stop at Barrington Living History Farm, which was owned and maintained by the former head of the Republic of Texas in the 1840s. Over here you will get to know about the life of Texas’s final president, Anson Jones. His original home, and also other recreated outhouses and structures, are all on the farm.

There are interpreters dressed in period garb to take visitors through the day-to-day routines of life on the farm 150 years ago.

The Star of the Republic Museum, which is dedicated to guiding visitors through the history of the short-lived Republic of Texas, is also one of the historical sites in Texas whose home is the Washington-on-the-Brazos and it is a must-see!

African American culture, history, and art have the George Washington Carver Museum and Genealogy Center in Austin being dedicated to it. This historical landmark in Texas consists of four galleries and other facilities, which include a dance studio and a darkroom, and in addition to these are statues commemorating the events of Juneteenth.

There is a holiday, which is observed on June 19, to commemorate the day when enslaved people in Galveston, Texas, discovered that they had been emancipated in 1865, two years after President Abraham Lincoln signed the Emancipation Proclamation.

Dealey Plaza is a public park in Texas’s West End Historic District, Dallas. It is often referred to as Dallas’ “birthplace.” by people.

Asides from that, Daeley Plaza was also the site of John F. Kennedy’s assassination in 1963, and Kennedy was declared dead at Parkland Memorial Hospital 30 minutes after he had been shot.

The Texas Capitol was finished in 1888 and was named a National Historic Landmark in 1986. It is located in Austin and is open to the general public daily. This historical location in Texas will fascinate history fans and those who are interested in the state’s politics.

A tour of the Texas Capitol gives visitors an up-close look at where the state’s laws have been formed for over a century. The Capitol is decorated with historical artwork, such as busts of former governors and noteworthy historical people.

San Felipe de Austin is one of the places in the early 1800s, where settlers began to construct houses in Mexican Texas, and communities and colonies sprang up all across the region.

San Felipe de Austin is one of the historical sites in Texas managed by the state’s Historical Commission today and this site is one of such spots where Stephen F. Austin erected his colony’s headquarters in 1823.

Even though the colony was burned and destroyed when original inhabitants left during the Runaway Scrape of 1836, visitors at San Felipe de Austin can now explore the on-site museum, wander the historic grounds, and witness replicas of the colony’s original cabins.

The Alamo is one of the most recognized historical sites in Texas for visitors to enjoy.
This chapel was part of the mission complex and played an important role in the Spanish colonization of Texas and the state’s independence from Mexico.

A church and several old barracks are part of this historical site in San Antonio.

A museum with items from the revolution may be found inside the church. This comprises the state and national flags of all those who fought for Texas, as well as their personal belongings.

This museum chronicles the story of Texas from its beginnings as a colonial outpost to its independence. This is why it is considered one of the most famous historical sites in Texas.

There are many historical sites in Texas that can be visited by tourists and those seeking to learn about the rich American history. Some of the most popular historic sites in Texas are discussed in this article: The Alamo, Capitol Hill, and San Antonio Missions. Some of these iconic sites were scenes of the most famous battles in American history. The mission to take down Santa Anna and save San Antonio became a symbol of bravery and patriotism for Texans everywhere.

If you’re someone with a taste for history and politics, these texas historical sites have everything in the bag for you.

Here are the 15 Top Historical Sites in Charleston, SC to Visit